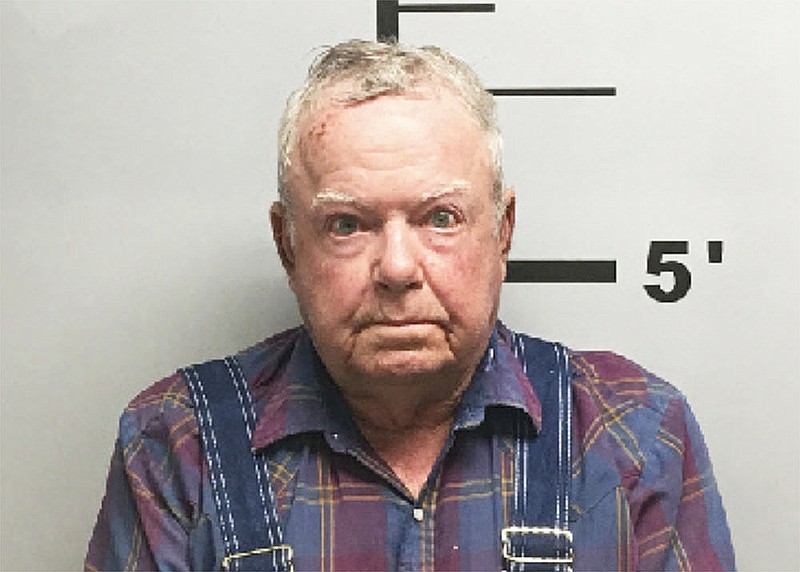 BENTONVILLE -- A Bentonville man told a judge he was honoring a man by repeatedly putting dead animals on his grave.

Joseph Stroud, 79, pleaded guilty Monday to misdemeanor defacing objects of public respect. He was originally charged with a felony, but agreed to plead guilty to the lesser charge under a plea deal.

Stroud was given a one-year suspended sentence. He must pay $2,529 in restitution within 30 days.

Stroud was arrested Aug. 10. He admitted damaging a burial monument by repeatedly placing dead animals on Fred McKinney's gravestone between May 31 and July 31 in the Pea Ridge Cemetery.

Tyler Hawkins, deputy prosecutor, said Alison Lee, Stroud's attorney, provided him with a report from a neurologist who examined Stroud and diagnosed him with vascular dementia. Hawkins said the plea was offered because Lee has a basis to file for a mental evaluation since there's a possibility the diagnosis affects Stroud's judgment and impulse control.

Hawkins said McKinney's family was in favor of the plea and wanted the money to replace McKinney's headstone.

"They will have to replace the headstone because of the blood and guts," Hawkins said. "It's permanently stained."

The judge asked whether there were any reasons Stroud should be allowed back in the cemetery.

"His wife is also buried at that cemetery," Lee said. "As long as the case has been going, on he's been unable to visit his wife's gravesite."

Green said she would accept the agreement if one of Stroud's family members accompanies him to the cemetery.

The person was wearing a teal and white woman's jacket, sunglasses and a woman's wig, according to the affidavit.

Shannon Nobles, McKinney's granddaughter, said she was jogging one day and saw Stroud drive away from the cemetery. She went to the gravesite and found a dead possum on it and eight live baby possums inside one of the flower vases, according to the affidavit.

Green asked Stroud why he placed the dead animals on McKinney's grave.

McKinney was a farmer and he enjoyed animals, Stroud said.

"I done it for his behalf to show him the animals were still here and everything like that," he said. "He just enjoyed animals and that there was more of a ... a beauty than flowers an stuff."

"If you were honoring him why would you wear disguises and sneak in and out of the cemetery to put the dead animals on his grave?" Green asked.

"It was to agitate the people looking at me and following me around," Stroud said. "I done it to upset them because my car was there and my license tag was there, and they knew it was me. I done it just to agitate them because I knew they were checking on me and stuff."

Hawkins said prosecutors looked at filing animal cruelty charges concerning the baby possums, but they couldn't prove the elements to charge Stroud with cruelty to animals.

Hawkins said he shared the court's concern, but Stroud was admitting to committing the crime.

Lee told the judge her client had gone to the neurologist and was doing follow-up treatments with medical professionals.

"He understands it was wrong," Lee said. "This is one of the most unusual cases I've had since I've been doing this. He knows it was wrong. He's here admitting that, and he wants to get that money to the family so they can get this headstone replaced."

Green said she would accept the plea agreement only if Stroud surrendered his driver's license. She said if he's suffering dementia, he could pose a threat to society operating a motor vehicle.

Stroud agreed to surrender the license.

Tracy M. Neal can be reached by email at [email protected] or Twitter @NWATracy.