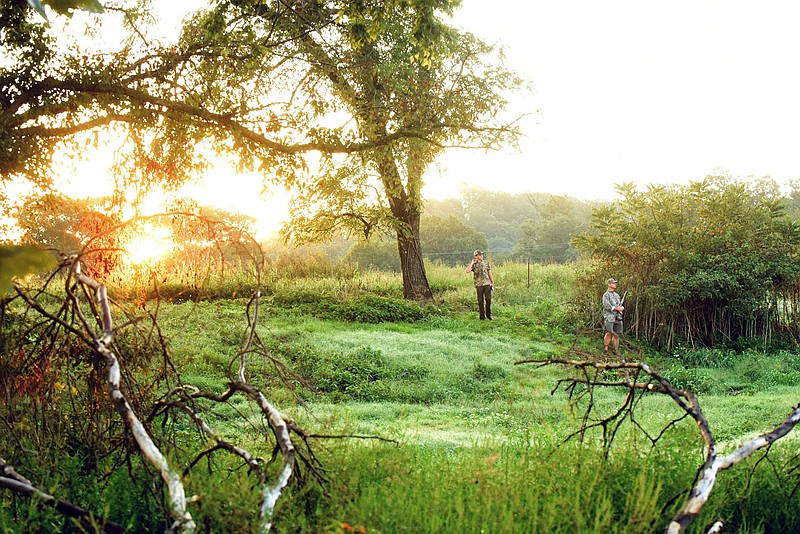 The pop-pop of shotgun fire on opening day of dove season rings in the new year on a hunting calendar.

Dove hunting season opens Saturday across Arkansas. It's the traditional start of fall hunting, with deer season and duck season close behind.

Never mind a Canada goose season opened Sept. 1 and squirrel season is open now and most of the year. Dove season is the start of hunting at most households.

Doves are hit and miss in a couple of ways. Arkansas Game and Fish Commission has a number of dove hunting fields across the state, including Northwest Arkansas. But most dove hunting takes place on private land. Aspiring dove hunters score a big hit if they gain permission to hunt a farmer's field.

Shooting at doves can be more miss than hit. Mourning doves are known for their fast, diving and darting flight. It's darned near impossible to bag a limit of 15 doves with one box of 25 shotgun shells. Best bring two or three boxes.

Another field west of Lake Wedington can be reached via Arkansas 16 by turning south on Wedington Blacktop Road. Go about three miles to Krie Road, which is on the left. A line of poultry barns can be seen at the intersection.

Drive about a mile on Krie Road until it turns sharply to the right. Turn left here, cross over a cattle guard and park. The large dove field is off to the right.

"We've done things a little different with the forage this year. We planted sunflowers before, but the deer were eating all the sunflowers. That just left mostly stems sticking up."

For this season, winter wheat and millet have been sown.

"A lot of that millet and winter wheat has grown some pretty big heads that have dried up. Before the season we'll mow the fields to scatter the seeds. There should be no shortage of food for the doves to eat."

Workers have already seen good numbers of doves on the fields, Bowen added. If doves are migrating, hunting could be good.

A couple of us visited the Wedington fields last season, the Friday after opening weekend. We saw one other hunter the entire morning and invited him to hunt with us. Birds were scarce. Three or four shots were fired and our new friend bagged the only dove.

Game plan is to visit the fields again this season, after opening weekend.

Flip Putthoff can be reached at [email protected] 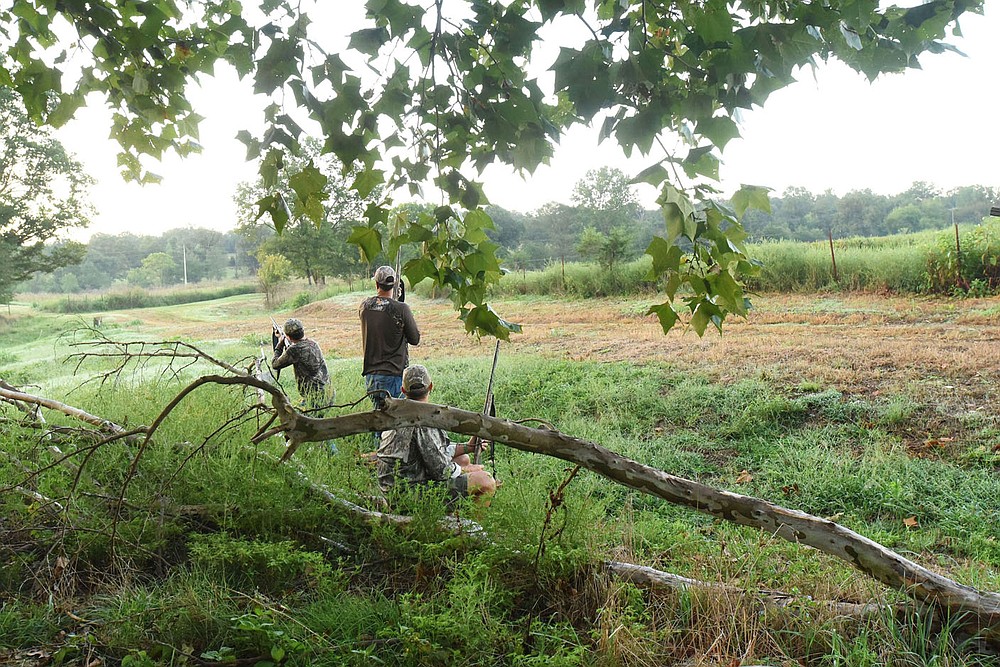