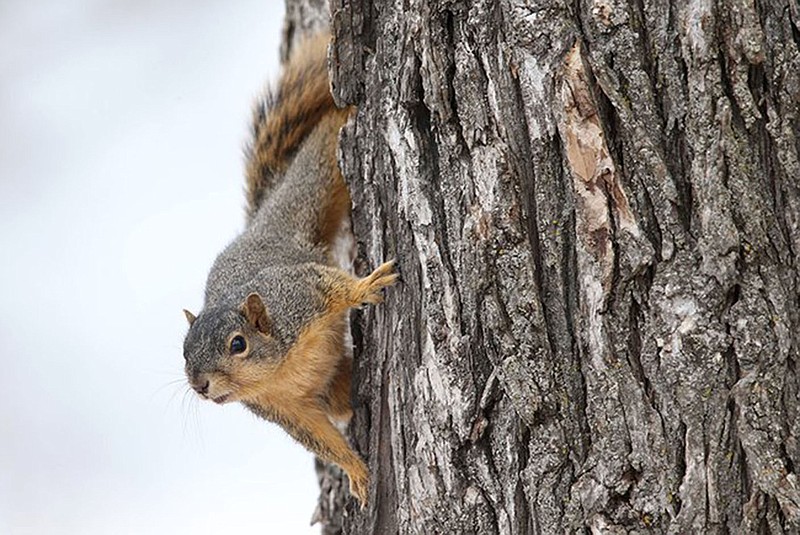 Calls can bring squirrels out of hiding. (Courtesy photo/Arkansas Game and Fish Commission)

Squirrels are vocal animals with sounds ranging from agitated chatters to passive whines. Hunters can take advantage of this squirrel language with a little squirrel talk of their own.

Most squirrel hunters view chasing bushytails as a passive sport that involves a leisurely, but alert, walk through the forest. A hunter carefully scans the trees for movement of feeding or passing squirrels. Cut acorns, hickory nuts or other fodder on the forest floor indicates squirrels have been in the area.

Another option that can add a little zest to the hunt is calling to the squirrels and getting them to give up their location. Bellows-style squirrel calls produce barks and chatters.

Squirrel calling can fall into two very different categories. The most common method is to try to imitate the communications squirrels make between each other. This method can be effective throughout the season, but especially before the leaves drop. Another method is using nonsquirrel calls to get squirrels to "shock" bark. A variety of calls can be used to inspire a chatter from a squirrel.

The most versatile squirrel call is made with a barrel and bellows and is designed to imitate the sounds of a squirrel. The barrel might be plastic or wood and will house some type of reed system while the bellows is typically a durable rubber that can be struck to force air over the reed and make a sound.

Squirrel whistles imitate the sounds of a young squirrel in distress and work well, especially early in the season. Many manufacturers also make these calls specifically for squirrels, but any sound-producing device that emits an audible squeak could be used.

The squirrel season in Arkansas is lengthy. It opened May 15 and runs through February 28. The daily limit is 12 squirrels.

There are ample opportunities to squirrel hunt, both on public and private land. Public land including wildlife management areas, national forests and federal refuges offer great opportunities to chase squirrels. Check regulations for specific tracts of public land before hunting as many have special regulations. Regulations and maps can be found at agfc.com.