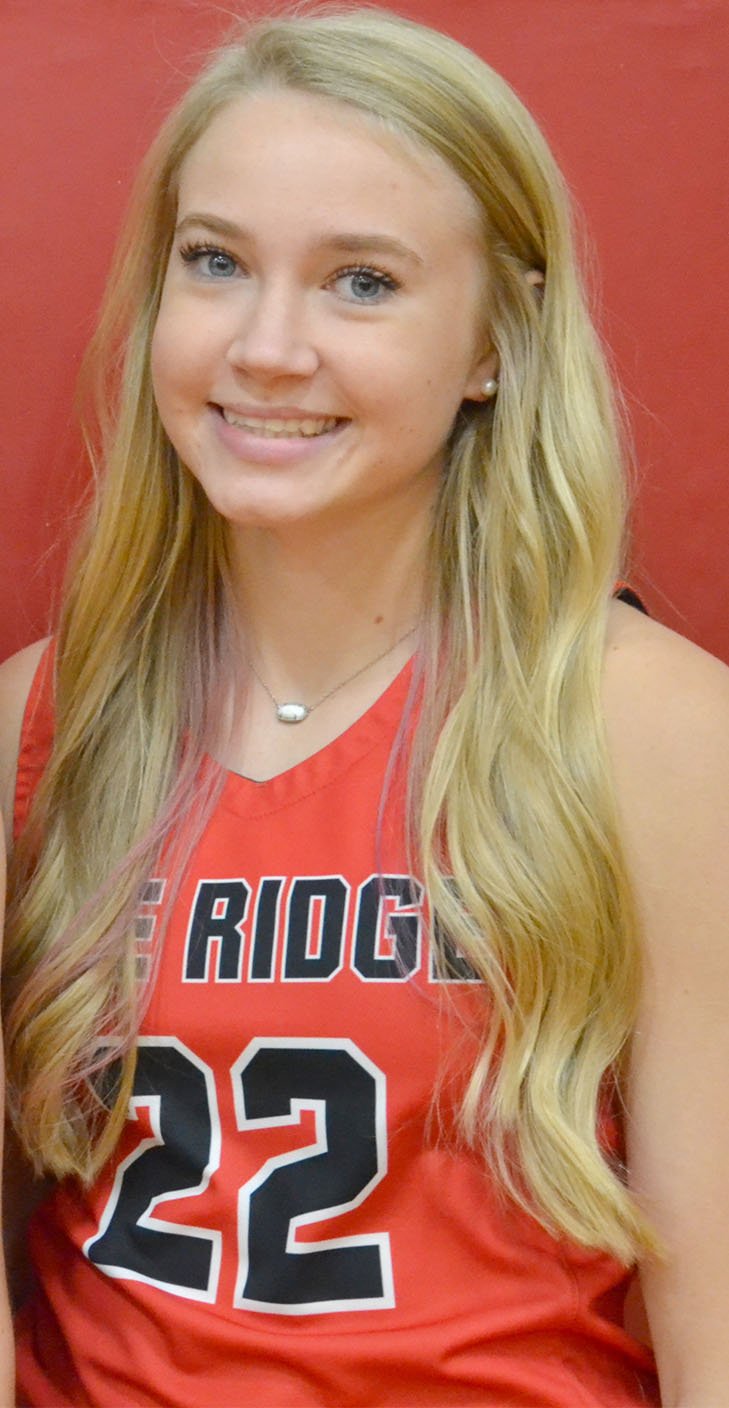 Coach Heath Neal's Blackhawk cagers went into hostile territory and won an opening game with a solid performance against Rose Bud, held at bay a higher ranked Southside team in the finals, but won a huge roller coaster battle with the host school school Heber Springs Panthers to win successive games on the road during the winter break.

In the semifinal win against the Panthers, the Blackhawks battled their way out to a 1-point halftime lead, got blasted in the third quarter to fall behind by double digits, then crushed their opponents on their own floor in the fourth quarter, outscoring them 20-5 to advance to the finals.

Sophomore Lauren Wright led the initial surge against the Ramblers, scoring two field goals as the Hawks ran out to a 13-8 lead after the first quarter. Senior Alissa Short and junior Blakelee Winn and Josey Goldberg also scored once from the field.

The game was nearly put on ice in the second quarter as the Hawks outscored Rose Bud 21-11 in the quarter to post an imposing 34-19 lead at the break. This time the bulk of the offense shifted to Winn as she popped in a trey and field goal then added six of seven free throw shooting. Goldberg and Short added 3-pointers, Wright scored a bucket and two free throws and Aidan Dayberry added a free shot.

Pea Ridge had their slowest offensive output in the third period, with Winn adding a pair of baskets, Short ripping three free throws with Goldberg scoring once from the floor as the Ramblers outscored the Hawks 14-9 to shave some off the stiff deficit facing Rose Bud, with Pea Ridge leading 43-33 at the buzzer.

Rose Bud resorted to fouling to try and get the ball back but the strategy backfired as Winn was sent to the line 12 times. The Hawks star forward hit nine of those shots to keep the door shut on any Rambler comeback. Dayberry and Wright added solo free throws with Goldberg tossing in the Hawks' only field goal for the quarter as they won 56-43.

Winn finished the game with 26 points, with Wright also in double figures with 11. Goldberg had 9, Short 8 and Dayberry 2 to round out the scoring.

The Blackhawk played a highly-ranked Panther girls team that loses few games on their own floor.

The game was like a mini-roller coaster in the first half with Heber Springs bolting out to a 3-point lead after one period. The Hawks scored but two field goals in the first quarter, one each by Winn and Wright. Dayberry canned two free throws with Short and Winn adding single freebies of their own, as the Panthers ran out to a 11-8 lead at the first buzzer.

Five players hit the scoring column for Pea Ridge in the second, with Dayberry, Winn, Wright and Goldberg connecting. Dayberry's shot was from downtown and with Short hitting a pair of freebies and a bucket, the Hawks outscored their hosts 13-9 to edge into the lead at the break, holding a very narrow 21-20 advantage.

The roller coaster ride in the second half had much taller climbs and much deeper drops. The hometown Panther fans may have thought the game was over after the third quarter, with the hosts nailing three treys, four field goals and a free throw to race out ahead 40-29 by the period buzzer. The Hawks could only counter with lone field goals by Dayberry and Wright with Winn hitting three free throws and Short one. However, as ol' Yogi Berra famously said, "it ain't over 'til it's over."

Whatever was said in the team huddle prior to the final quarter must have lit a fire under the Lady Hawks as they exploded for 20 points to upend the Panthers who could only score five final period points against a hustling Pea Ridge defense. The Hawks used very balanced scoring to evaporate the Panther lead with Winn scoring 5 (bucket and two free throws), junior Ravin Cawthon racking up 5 (trey and field goal), Dayberry scoring 4 (trey and a free throw), Short 4 (two field goals) and two free tosses by Wright.

The Hawks had three players in double figures led by Winn's 13, Dayberry's 11 and Short's 10. Wright had 8, Cawthon had 5 and Goldberg scored 2 in the victory.

Playing the state's 4A sixth-ranked team on a floor they were familiar with was a tough assignment. Mimicking the semi-final game with Heber Springs, the game was a roller coaster of sorts with the Hawks outscoring Southside in the first and third quarters with their opponents outscoring the Hawks in the second and fourth quarters.

However, the Hawks did more damage in their time to shine than did Southside led for nearly the whole game to post the upset.

The Hawks carried over their fierce defense from the night before as they held the usual high scoring Southerners to a single field goal to jump ahead 11-2 after one period. Winn did most of the damage with two buckets, a trey and a free throw. Goldberg tossed in a goal with Short sinking a free throw to aid the runout.

Southside overcame their rough start by pouring in 18 points in the second quarter. Winn scored both of the Hawks' field goals in the second, and added seven of eight shooting from the line. The only other Hawk to score in the quarter was junior Hayley West who ripped a free throw. The offense the Hawks mustered was enough to hang on to the lead, going into the break with a 23-20 advantage.

The third quarter was a fateful one for the Panthers with the Hawks ramming through seven field goals, two of them 3-pointers, as Pea Ridge took a double digit lead into the final quarter, leading 41-31. Winn led the charge with three field goals and two free throws. Wright and Short shot through big treys with Wright adding a field goal along with Cawthon.

The Southerners attempted a comeback, and did manage to reduce the Hawks' lead. Cawthon's trey, and field goals by Short and Wright were all Pea Ridge needed to keep the Southerners at bay. Southside won the quarter 10-7, but lost the game by 7, 48-41.