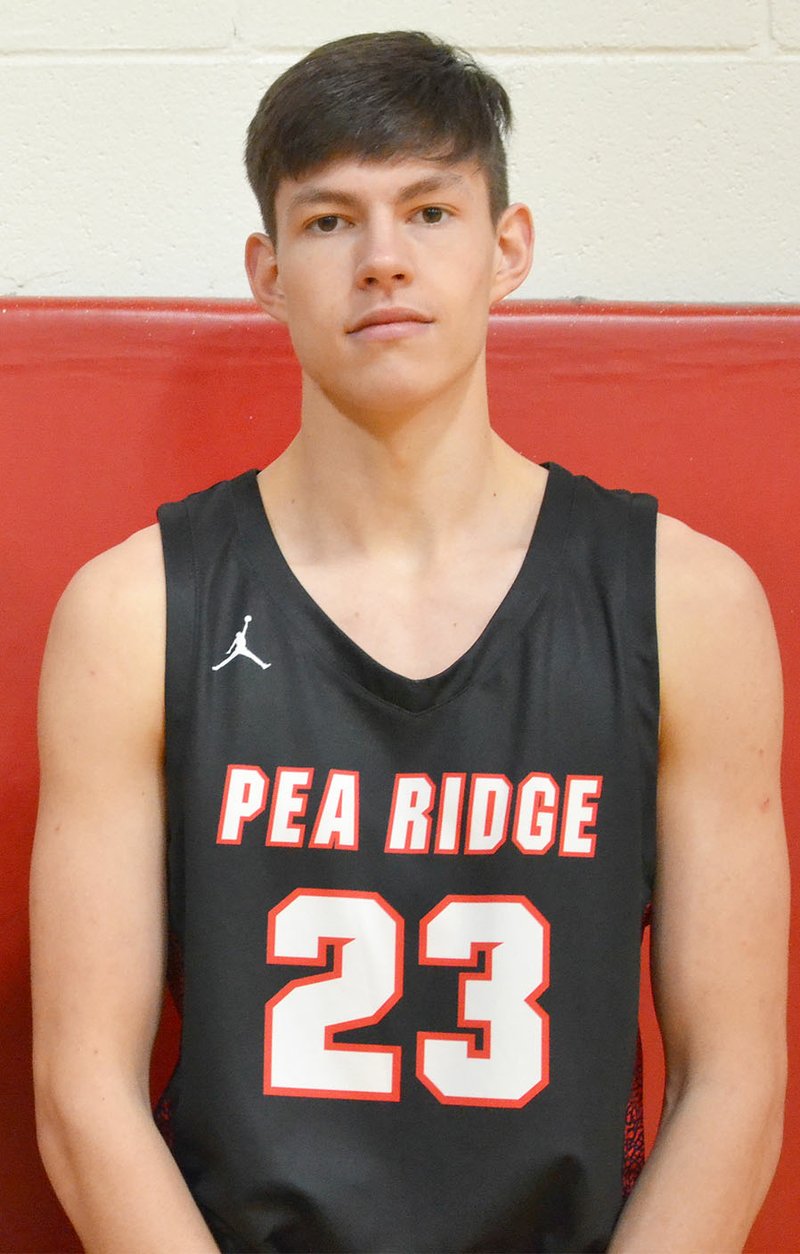 The Blackhawk cagers took on highly regarded Bauxite in the opener. The Miners lost a last second 58-56 decision to Arkadelphia prior to the holiday competition just after Arkadelphia escaped a defeat at the hands of the Hawks with a 50-49 final second win on Dec. 13. The opening round Bauxite game was much like the battle with the Badgers as the Hawks got behind early, fought back to get ahead late, but this time they held on for a 46-45 victory.

The semifinal game with 6A Little Rock Catholic was the Hawks' third straight 1-point decision, but this time they drew the short end of the stick, losing 47-46. In the ensuing third-place match Saturday, Dec. 28, in the tournament, the Hawks cruised by Maumelle Charter School by a 53-36 count.

The Hawks were to be home Jan. 7 to host Farmington in an important conference game. They will then travel to Prairie Grove on Jan. 10. Farmington is ranked 20th in a 4A state poll with Prairie Grove holding the 28th slot. Pea Ridge is 15th ranked in the same poll.

In a largely foul free game marked by lots of 3-point shots, the Hawks used their prowess with layups and inside shooting to take a heart stopping 1-point win in the tourney opener.

The Hawks trailed after each of the first three quarters until tough defense and opportune shooting carried the day. The Hawks were outshot from the arc nine treys to seven and were outscored four to one from the charity stripe, but the Pea Ridge advantage with rebounding and racking up 12 regular goals as opposed to the Miners six 2-pointers was enough to win.

The Miners dug up some gold in the second period, raining down five threes along with a goal and free throw to outscore the Hawks 18-14 to head into the break with a 28-23 lead. The Hawks put on a long ball show of their own, with Peterson nailing two from behind the arc with Rains and Brandon Whatley adding deep shots of their own. Wales also scored once inside the paint.

The threes that were raining in the second period, dried up in the third quarter as neither team hit from the outside. Pea Ridge did hit five conventional goals while holding the Miners to just three regular goals as the 10-6 scoring in favor of the Hawks melted the Miner's lead at the third quarter buzzer to a single point, 34-33. Whatley, Peterson and Mazon Harris all racked up goals with Wales scoring twice on the inside as the Hawks built momentum headed into the final period.

Bauxite resumed their 3-point scoring (three treys) in the fourth quarter but it couldn't offset the Hawks' balanced scoring as Pea Ridge won the fourth quarter battle 13-11 to come away with the final 46-45 win. Wales scored three times inside with junior Greydon Edwards also hitting a pair of goals and Peterson a 3-pointer as the Hawks lived life on the edge before securing the victory.

The Blackhawks were to resume their season into the New Year Tuesday, Jan. 7, hosting the Farmington Cardinals with a road game set this Friday at Prairie Grove.

The Blackhawks broke out on top after the opening quarter but a two-quarter scoring lull proved to be their undoing in the narrow 1-point loss.

The Hawks came out hot behind the 3-point line, pumping in three long balls to spark a 15-9 first quarter lead. Peterson hit a pair with Jared Brewer and Edwards also adding to the attack with solo shots. Harris scored the old-fashioned three with a bucket and accompanying free throw shot on the foul.

Pea Ridge had balanced scoring in the second quarter with five different Hawks hitting field goals, but the Rockets hit a pair of treys, three field goals and two from the line to cut the Hawks' 6-point lead to just 2 with Pea Ridge leading at the half 25-23. Wales, Edwards, Whatlety, Peterson and Harris all scored in the time frame.

All the Hawks could muster in the third period was a Peterson trey and goals by Wales and Brewer as Pea Ridge fell behind after three quarters, 34-32. Catholic came up with two treys, two goals and a free throw to their rush to the lead.

The Hawks outscored Catholic in the final period but only by a point which left them one shy in their final 1-point loss. The Hawks threw in three treys, two by Brewer and one by Whatley along with two for two shooting from the line by Peterson and Harris. Wales also added a free throw point. The Rockets came up with two treys, two field goals and three free throws to score just enough to take the victory.

The Hawks were six for seven from the line with the Rockets scoring 10 times from the charity stripe. Catholic had the advantage of going to the line 22 times compared to the Hawks' seven trips, and the free throw advantage proved decisive.

Peterson led the attack with 13 points with Brewer having a season high of 11 points. Harris scored 7, with Wales, Edwards and Whatley all contributing 5 each.

Pea Ridge came roaring out of the gate, outscoring Maumelle 22-6 in the first quarter and were never seriously threatened for the rest of the evening.

Pea Ridge was very effective in the opening period, working the ball in for layups and shots underneath with Maumelle having all their scoring come via two 3-pointers. Wales scored five goals down under with Peterson putting in three regular goals with Rains, Whatley and Brewer also adding scores.

The Hawks turned to their long game, knocking down four 3-balls along with a pair of closer goals to outscore Maumelle 16-11, assuming an imposing 38-17 halftime advantage. Peterson as the lead sharpshooter, ripped three treys with Whatley adding one of his own. Whatley and Edwards added 2-pointers in the run up to halftime.

The Hawks began to substitute liberally in the second half with Pea Ridge getting solo field goals from Whatley and Harris along with a Peterson free throw as Maumelle trimmed the deficit 3 points. The Hawks still held a near invincible 43-25 lead heading into the final 8 minutes.

In the final period, the Hawks kept pace with their opponents as they scored 10 points by way of a Rains trey, and field goals by Logan Stewart, Wales and Whatley with Harris accounting for the other point from the line. The victory was the Hawks' ninth of the season.