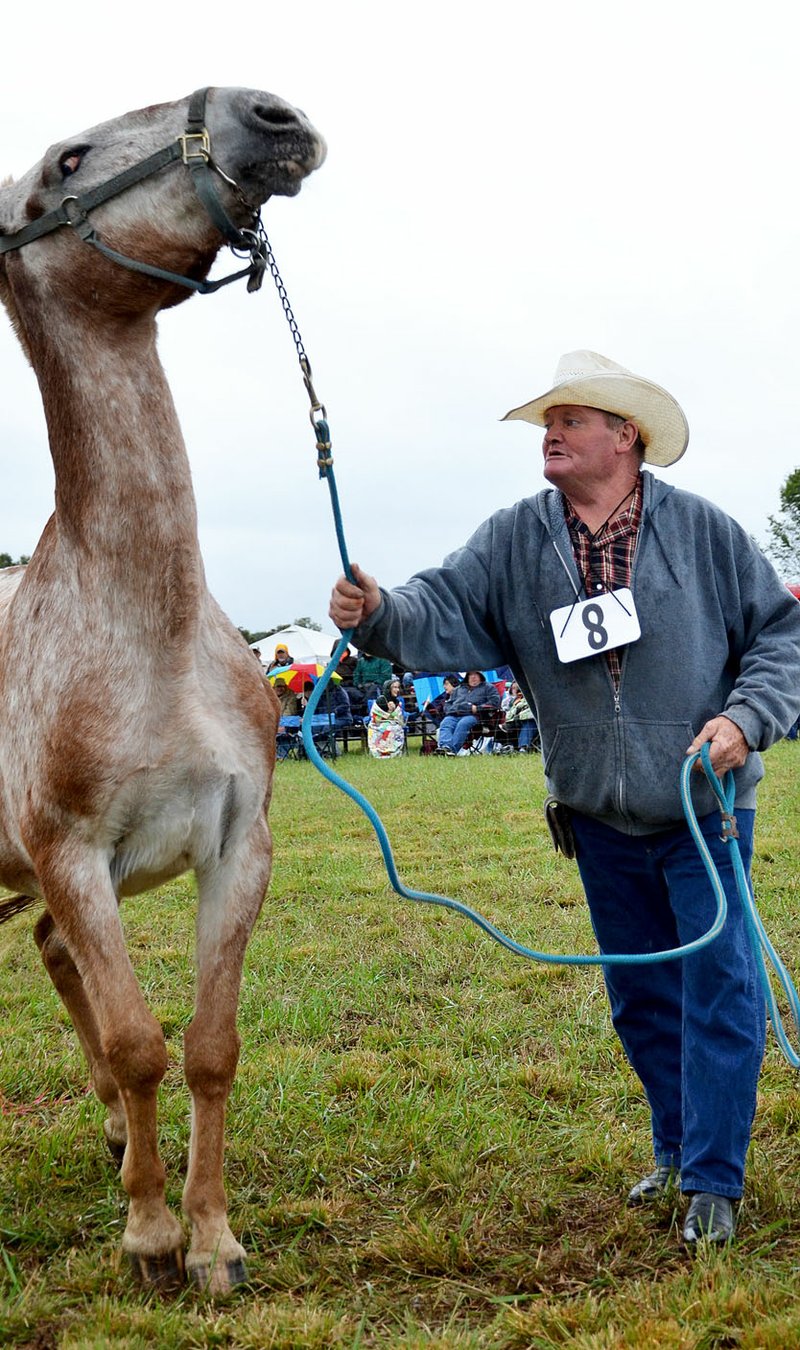 The 31st annual Pea Ridge Mule Jump is set to begin at 9 a.m. Saturday, Oct. 12. The pro jump will begin after other jump and speed events but won't begin until 1 p.m. or later. It will be held on fields on East Arkansas Highway 72 near Busey Lane.

What began as friendly competition between coon hunters has become an annual event attended by thousands of people. For 31 years, people from around the nation have traveled to Pea Ridge, the town just west of the Pea Ridge National Military Park and the ridge after which both take their name to watch mules and their owners battle wills over whether the mules will jump a curtain raised regularly until all but one are eliminated.

2014 — Jump cancelled due to rain and flooding

Local residents gathered on the downtown school campus in the fall of 1985, attending the Chamber of Commerce sponsored Battlefield Daze which included a mule trail ride and a United Kennel Club Coon Hunters' Association coon dog hunt and show. For the next couple of years, the event was called the Fall Fest and, by 1989, the Lions Club took it over and named it the Pea Ridge Mule Jump.

Over the ensuing 31 years, participants and spectators have increased with as many as 4,800 people attending to watch the mules' antics.

"How high is it?" calls out announcer Kent Morris to the crowd encouraging them to cheer for their favorite mule. The heights cleared vary with winning jumps ranging from 61 to 72 inches. In 2018, the winner, Sadie, cleared 61.5 inches and three mules, including small Pedro, cleared 60 inches for a three-way tie for second place.

For the next 14 years, there were two categories for the jump -- one for smaller mules, those who were less than 51" tall at the withers and one for larger mules, 51" and over. In 2003, the first pro jump was established with a $1,000 cash prize. That year, Big Red, owned by Kenny Friend of Huggins, Mo., cleared 62.5" to take first.

Historically, in the mules over 51 inches and the pro jump categories, the greatest heights cleared and the mules who jumped were:

Radar, a crowd favorite, owned by Mike Call of Henley, Mo., was known for his antics of jumping, prancing, and reacting to Call's flamboyant encouragement. Radar first competed in Pea Ridge in 2001 winning first place as he cleared 58" in the taller mule category. His record reflects six first place wins and five second place wins from 2001 to 2017. He did not compete from 2002-2006 and there was no jump in 2014, as rains caused cancellation of the jump.

Over the years, various speed events were added including the barrel race, flag race and pole bending. Points are tallied from the mule jumps and speed events and the mule with the most points is awarded the Negel Hall Memorial High Point Award in the youth, adult and senior categories. A boot race is held for fun but garners no points.

There are vendors selling food, drinks and other items and events for children including bounce houses. Admission is $5 for adults, $2 for ages 6-12, and free for 5 years old and younger.

Print Headline: "How high is it?" the crowd roars at the Mule Jump