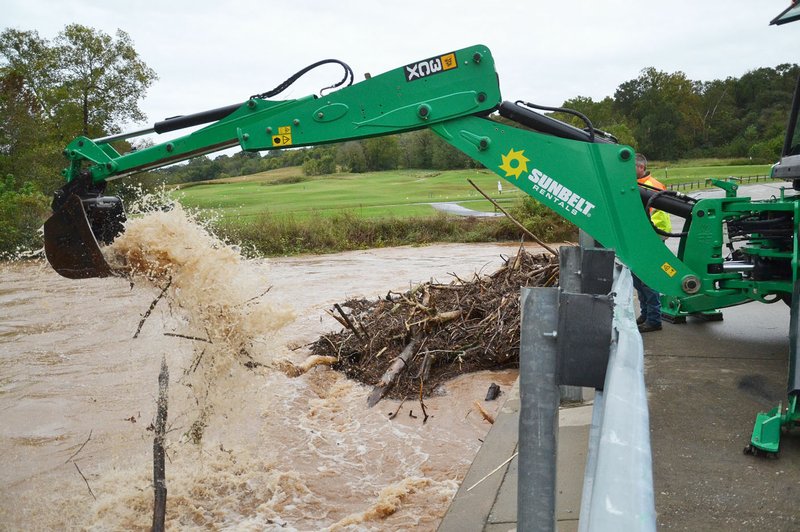 Flooding caused by heavy rains Sunday closed several county roads but only one city street -- Hickman Street. See said that although several streets were covered by water for a brief period, all the water receded relatively quickly.

"Gates Lane where it connects with Hayden Road will be passable," See said, adding that Street Department employees would grade all dirt roads within the city limits Sunday night. "We're trying to get our stuff done so school buses can travel their routes."

"Usually when we get 5 inches of rain, we have a problem with flooding," See said. He said the city has done a tremendous amount of work over the past few years on the Peck Street bridge and he believes that helped prevent further damage during this flooding event.