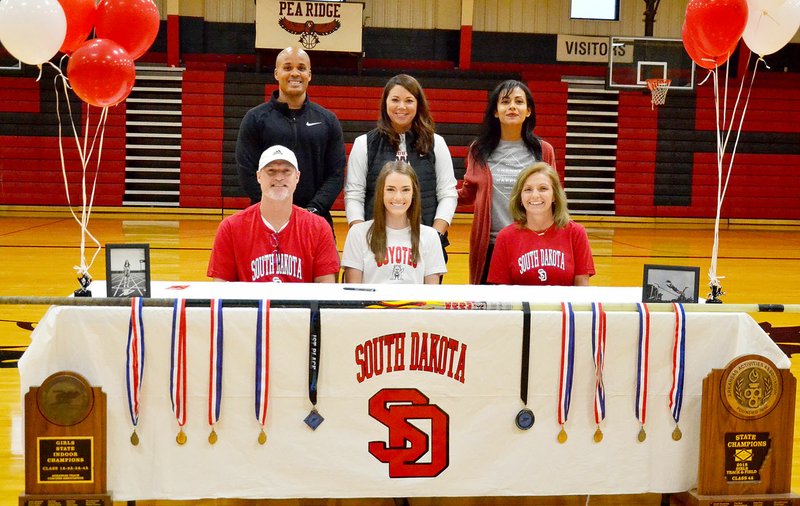 "They have an excellent pole vaulting program," Mooneyhan said of her chosen college. "Getting to further my academic and athletic career at USD is such an awesome opportunity for me. I will be training with Derek Miles, a three-time Olympian and 2008 Olympic Bronze medalist in the pole vault. I'm very excited to see what the future holds. It means the world to me that these last five years of hard work have paid off immensely."

NWADG track athlete of the year

"I am saddened she will be leaving the program at the end of the year, but I am excited for her next chapter in life," Wade said. "The University of South Dakota is getting a good one."