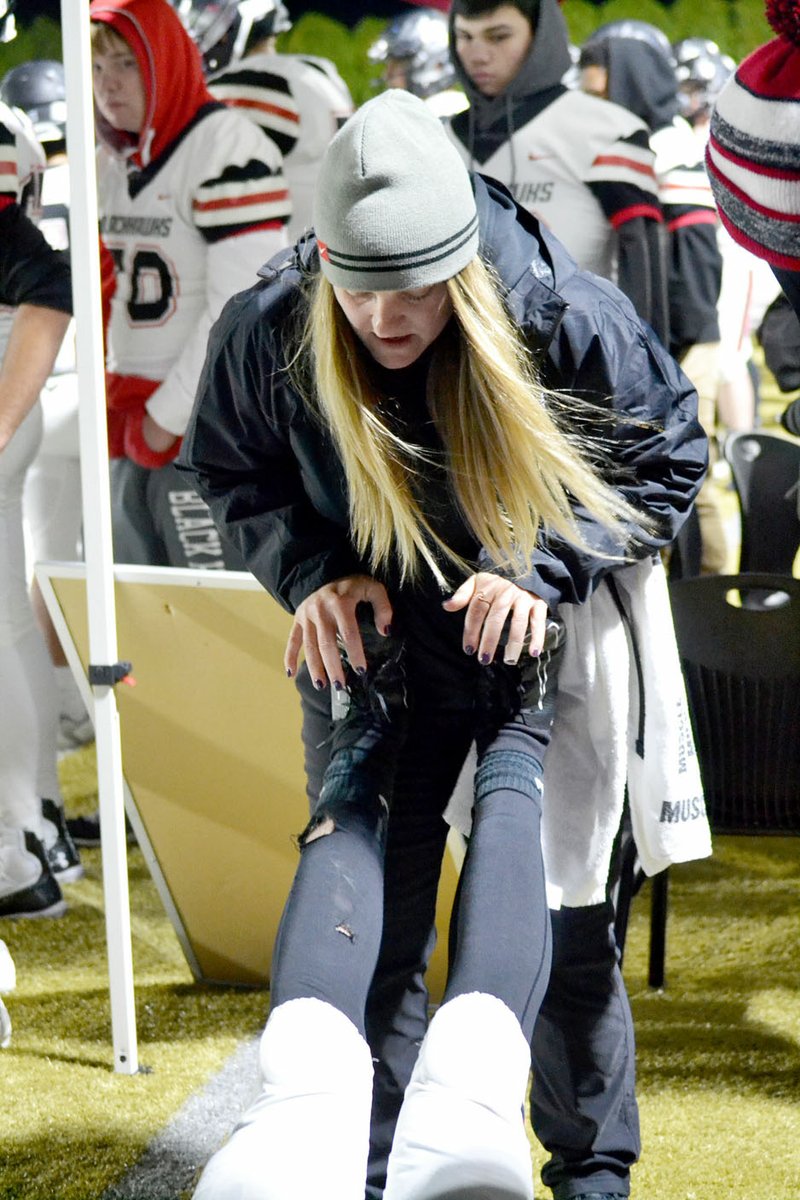 "It's very much more than just physical -- there's a whole lot of mental stress -- living up to other peoples' expectations, ability to handle school, work, athletics, pressures of winning or dealing with losing," Mann said, adding that for teens, it also includes learning to control emotions on and off the field. "All those things go into just being an athlete... and injuries that take an emotional toll because it could be that game-, season- or career-changing injury.

"There's a lot that I've learned about helping kids work on their mental toughness and how to deal with their emotions," Mann said. She wrote her dissertation about life skills and how coaches can teach their students life skills.

"The biggest take away that I got from my program was how important athletics is in building character," she said. She had to use a different school in her research for her dissertation and discovered how well Pea Ridge compares to other schools. She said the private school in another state that she studied had no special training or background for coaches in teaching life skills to student athletes.

"We're putting kids out into society and need them to be productive adults," she said and Pea Ridge trains its coaches in training their student athletes.

"Athletics isn't just sports, they're building productive members of society," she said. The school she studied "lacked a coaching philosophy."

"If you don't have a goal of what you want to get, there's no place for you to go," she said. "I didn't expect them not to have a coaching philosophy.

"I know that we are going out of our way to get extra information here," she said. "We bring in speakers, go to courses, offer lessons to athletes during the season, these kids are really getting a lot of life skills from their sports.

"It's not just about the wins and the losses," she said, "That's what we have to get away from. We spend more time with these kids than most everybody else does. We have to be role models and teach respect, not talking back. There are too many times a kid gets kicked off field because he doesn't know when to keep his mouth shut.

"Living in a small town, it's even more important that we're putting out good people," Mann said, adding that she sees the students working at local businesses. "We need them to be productive, good people in our community.

"There are several kids who will graduate this year who have made a major transition in personality and ability to deal with things since they were freshmen," she reflected.

With 10 years here, Mann said the "relationship that the coaching staff and I have developed where they feel like they can trust me to send me their athletes" is a tremendous asset.

"I see things I never would have seen 20 years ago," she said, explaining that head coach Neal's attitude is for all athletes to let her know about any ailment or injury.

"My availability to evaluate the athlete and make the best decision about their progress helps and I can determine whether they need to go to the doctor or just rehab," she said.

Mann is on the campus an hour every morning and afternoon and at every home sporting event.

"I get pulled in a lot of directions -- all sports," she said.

Too often, she said, adults expect the students to act like adults because of their size, but she said they're not adults.

"I understand more (of) these are just pressures the kids are feeling, they're maturity levels aren't quite developed enough to understand what they're feeling and why their feeling that way," she said. "I understand the complexity of the emotions they're going through and the process to recover both physically and emotionally."

She said the psychology education has helped her even in dealing with coaches and helping them see from the students' perspectives. She said a season-ending injury can be devastating to the student, the coach and the team.

"Coaches have a lot riding on that as well."

She said research has revealed how important it is to take time to recover from an injury. She said many coaches have had to have hip and shoulder replacements because they didn't take the time to heal.

"Just the fact that there are more athletic trainers at schools says a lot," she said.