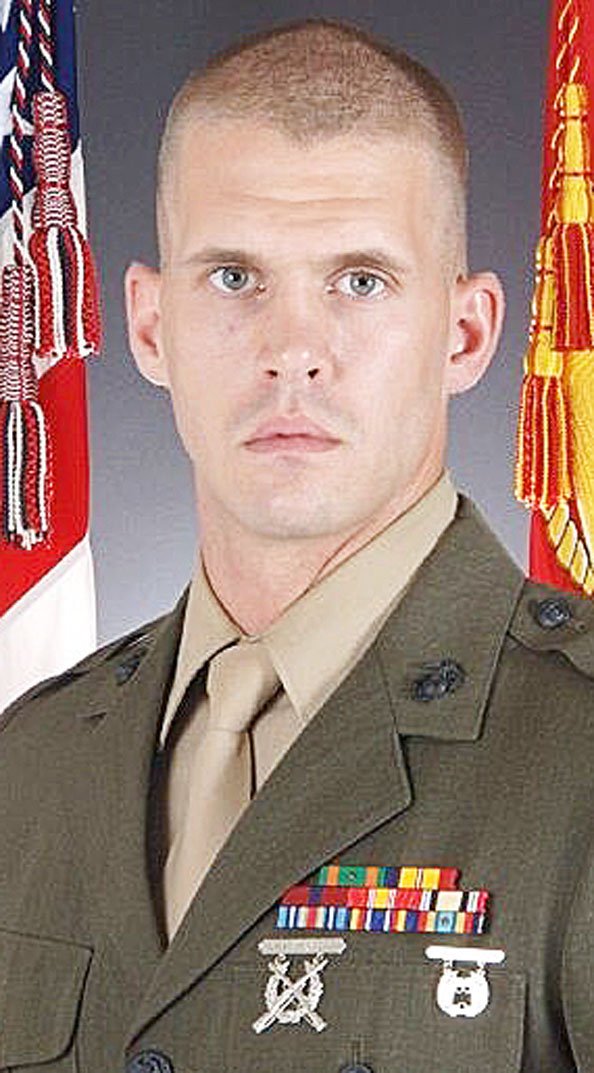 Hunt, currently a school resource officer with the Police Department and Pea Ridge School District, served in the infantry in the U.S. Marine Corps from 2004 - 2012 and was in three combat tours. He received an honorable discharge.

Lawson joined the United States Marine Corps after graduating from Pea Ridge High School in 2007. He completed boot camp at Marine Corps Recruit Depot, San Diego. After boot camp he was stationed in Kings Bay, Ga. He was transferred to Camp Lejeune, Jacksonville, N.C., where he served with 3rd Battalion 2nd Marines as an infantryman. He was deployed to Helmand Province, Afghanistan, in 2011 in support of Operation Enduring Freedom. After his contract was over he moved to Pea Ridge with his family.

Lawson joined the Pea Ridge Police Department in 2018 where he was sent to the Arkansas Law Enforcement Training Academy where he graduated in 2019 and currently serves as an officer in the patrol division.

He is also a first-responder and firefighter with the Pea Ridge Fire-EMS Department.

Rob Douthit, a firefighter and paramedic with the Pea Ridge Fire-EMS Department, served in the U.S. Army Reserve for 21 years, was a combat medic and was deployed to Afghanistan in 2008-2009 with a combat advisor team. He was involved in more than 150 combat missions and instructed Afghan Army medics. He was a squad leader SGT

Scott Stewart, a firefighter with the Fire Department, served in the U.S. Marine Corps from 1983 to 1985.