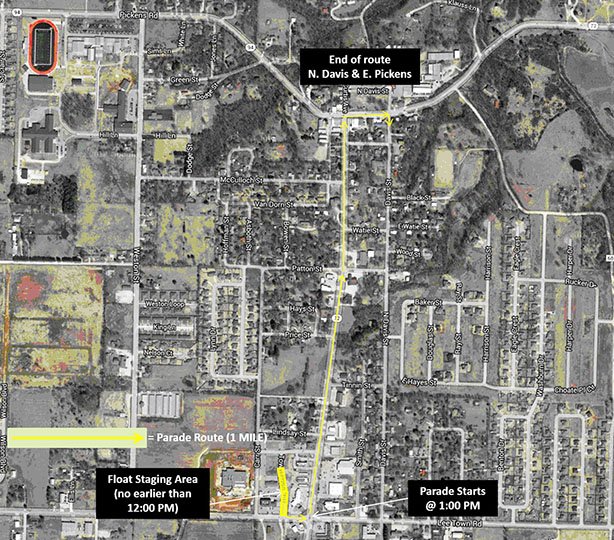 Hi Everyone - it's time to start preparing for the fifth Annual Pea Ridge Veterans Day Parade!

The Veterans Day Parade is scheduled for 1 p.m. Saturday, Nov. 9, 2019, according to organizer Chris Snow.

Staging area is on Townsend Way between Equity Bank and White Oak station; staging begins at noon. There is no entry fee for floats. Community participation is welcomed and encouraged. Veterans are encouraged to drive or be driven in the parade or ride on a float. A few ideas for entrants includes, but is not limited to: